Three U.S. zoos team up to save rare Borneo elephants 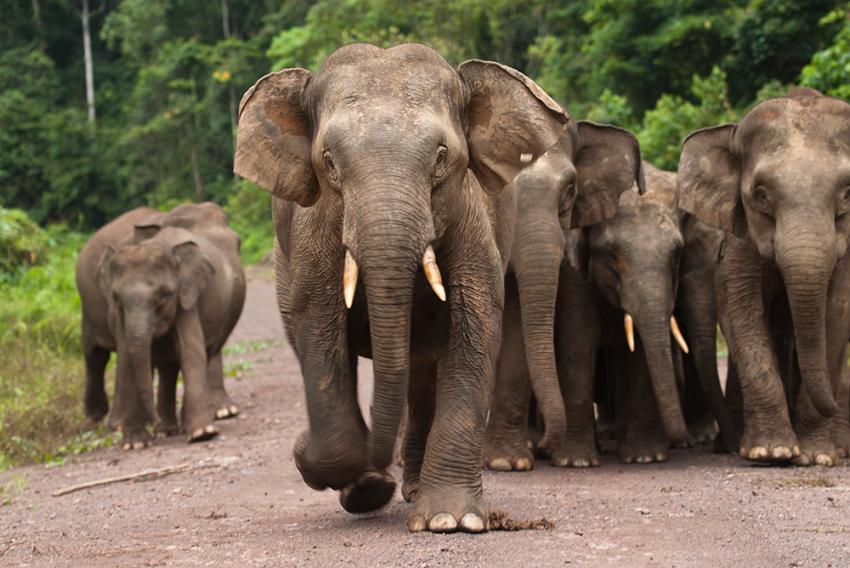 Three U.S. zoos announced a new agreement with Borneo-based wildlife organizations today to protect the endangered Borneo pygmy elephant. The first partnership of its kind to focus on the little-known Asian elephant subspecies, the effort will combat the frequent and sometimes deadly conflicts between people and elephants on the Southeast Asian island.

The entire population of Borneo elephants has been reduced to around 2,000 in the wild, where deforestation — largely driven by logging and palm oil production — threatens their survival. Agricultural workers sometimes kill or injure elephants that raid their plantations, and the clashes can also separate calves from their herds. The Oregon Zoo's own Chendra — the only Bornean elephant in North America — was orphaned this way. 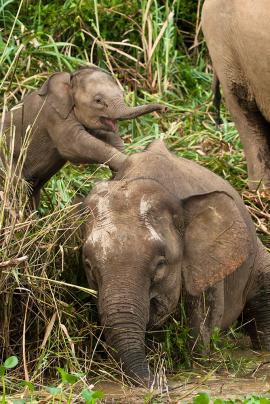 "When you are a local villager and you see your crop completely destroyed overnight, you will not be inspired to save the elephants," said Dr. Marc Ancrenaz, scientific director for Borneo-based conservation organization Hutan. "Elephants need forests to survive, and people need to convert the forest into other types of land uses, such as agriculture, to survive, hence the conflict. If we can't make peace there, extinction is inevitable."

The partnership, formed by the Oregon Zoo, Seattle-based Woodland Park Zoo and the Houston Zoo, will fund research into where and when conflicts arise and mitigation of those conflicts through community outreach, policy, technology and in some cases, relocation of elephants. The work is carried out by the Sabah Wildlife Department and conservation organizations HUTAN KOCP and Danau Girang Field Centre.

"The Oregon Zoo has long been devoted to caring for Asian elephants, and we know how critical these conservation efforts are for preserving the imperiled Borneo elephant," said interim Oregon Zoo director Teri Dresler. "This partnership is a great opportunity for us to support the experts working on the ground and we are grateful that our community's generosity makes it possible for the Oregon Zoo Foundation to support this effort."

"The health of the forest is in many ways connected to healthy elephant populations," said Peter Riger, vice president of conservation at the Houston Zoo, which has supported Borneo conservation programming since 2004. "Their need for protected areas and migration corridors literally protects hundreds of species, including amphibians, insects, mammals, birds and many others. In turn, the health of the landscape supports human communities in their livelihoods." 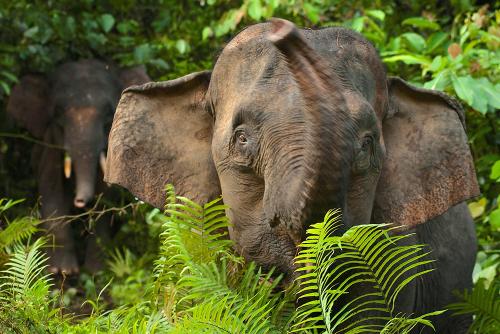 "This is the first step in a long-term, multi-zoo commitment to protecting Borneo's wildlife and ecosystems," said Oregon Zoo conservation and research manager Dr. Nadja Wielebnowski. "We hope this model will both strengthen Malaysia's resolve to protect wildlife and inspire more conservation organizations to lend their support."

The Oregon Zoo Foundation supports the zoo's regional and global conservation efforts, funding projects to protect threatened and endangered species and their habitats. To learn more about the foundation's conservation endowment or other ways to get involved, visit oregonzoo.org/support or contact 503-220-5770.