The most-visited paid attraction in the state has a new leader. Donald E. Moore, Ph.D. — a senior scientist at the Smithsonian's National Zoo with nearly 40 years of experience in wildlife conservation, animal welfare and zoo management — will become the Oregon Zoo's next director, officials announced today. Moore is set to assume his new duties Feb. 29. 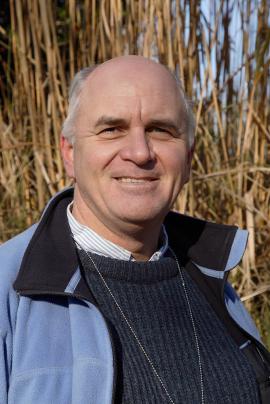 "I am honored, and I look forward to working with such a dedicated, passionate group of staff, volunteers and supporters," Moore said. "The Oregon Zoo is already regarded as one of the top zoos in the country, and it's headed in a great direction. I want to build on that and help keep that momentum going."

For the past 10 years, Moore has worked at the Smithsonian's National Zoo, most recently as a senior scientist for conservation programs on assignment with the Association of Zoos and Aquariums. From 2006 to 2014, he was associate director for animal-care sciences, leading the National Zoo's team of veterinarians, curators, keepers, nutritionists, horticulturists and animal behavior professionals. He also helped implement major renovations like the Elephant Trails and American Trail exhibits.

Prior to joining the Smithsonian, Moore worked at the Wildlife Conservation Society in New York, where he was director of Brooklyn's Prospect Park Zoo and co-chair of the society's renowned Animal Enrichment Program.

"Dr. Moore is an ideal fit for the Oregon Zoo," said Teri Dresler, the zoo's interim director, who will resume her former duties as general manager of Metro's visitor venues. "We've been looking for someone who can continue our important work in conservation, education and animal welfare while also overseeing the huge projects that are making this great zoo even better."

Moore is passionate about climate change and the actions people can take to help protect polar bears and other Arctic animals. He credits his strong conservation ethic to his upbringing in upstate New York, where he learned to fish, camp, hike, ski and "make excellent jams and jellies" — and he looks forward to living in Portland, with its abundance of natural areas and easy access to outdoor activities. Moore currently lives in Maryland just north of Washington, D.C., with his wife, dog and native plant gardens. His daughters are grown and continue to live in New York.

Moore earned his bachelor's and doctoral degrees in wildlife management and conservation biology from the State University of New York's College of Environmental Science and Forestry, as well as a master's degree in public administration from Syracuse University.

He has led international workshops in modern zoo design and accreditation, animal behavior and enrichment, and ecotourism in Spain, Malaysia and South America, where he has conducted much of his conservation biology research. In his free time, Moore likes to write and edit, producing work for both professional and popular audiences, including a book for children, Disney's Wonderful World of Animals.

With annual attendance of more than 1.5 million, the Oregon Zoo is one of the most popular destinations in the Northwest and one of the most highly respected zoos in the country. In 1974, it became just the second zoo to earn accreditation from the Association of Zoos and Aquariums, an honor it has maintained for more than 40 years. Over the past five years, the zoo has been recognized with six of the AZA's major annual awards: three for conservation work on behalf of endangered species, two for marketing excellence, and another for environmental efforts in the zoo's day-to-day operations.