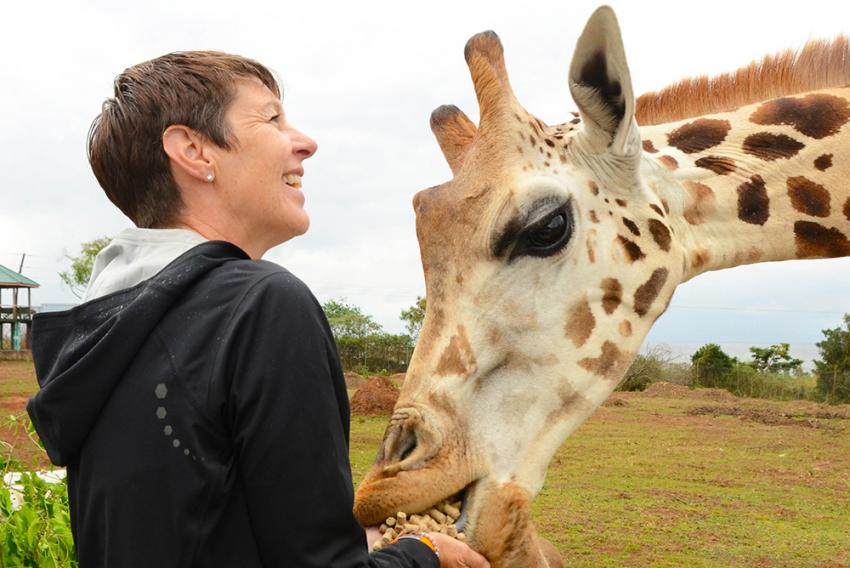 Sheri L. Horiszny, director of animal programs at the Santa Barbara Zoo and founder of three giraffe conservation initiatives, has been named deputy director of Living Collections at the Oregon Zoo, and will begin later this summer. Her duties include overseeing the zoo's animal care, animal health, conservation and research, and horticulture staff.

"I am honored and excited to join the Oregon Zoo team," Horiszny said. "The zoo is already doing important work in animal welfare and conservation, and by working together I believe this group of dedicated and passionate people can make a lasting difference for individuals, species, ecosystems and the planet."

On a national level, Horiszny serves on the Association of Zoos and Aquariums' Wildlife Conservation and Management Committee, and is the AZA Species Survival Plan coordinator for giraffes.

Her passion for giraffes also has led her to found three conservation initiatives: Care for Karamoja, aimed at improving the lives of people, giraffes, ostriches and other wildlife in Uganda's Karamoja region; Jeans for Giraffes, which generates funding for giraffe conservation through public donations of used jeans; and the Giraffe Conservation Alliance, one of the first giraffe conservation nonprofits in the United States.

"We are delighted to welcome Sheri to our team," said Dr. Don Moore, Oregon Zoo director. "We conducted an exhaustive international search to find the right candidate, and Sheri rose straight to the top. She is known throughout the professional zoo and conservation community for her great work in building effective professional animal care teams, for transparent and open communications about modern animal welfare approaches in AZA-accredited zoos, and for her groundbreaking initiatives to help save giraffes and other African animals from extinction in nature. We think Sheri is a great addition to our team, and we look forward to growing the Oregon Zoo's conservation efforts with her leadership."

An active outdoor enthusiast, Horiszny is a former national champion rower and has climbed Mount Kilimanjaro. She looks forward to exploring the Northwest with her favorite hiking companion, a handsome Rhodesian ridgeback named Cooper. She also is an avid photographer, with work published both nationally and locally.