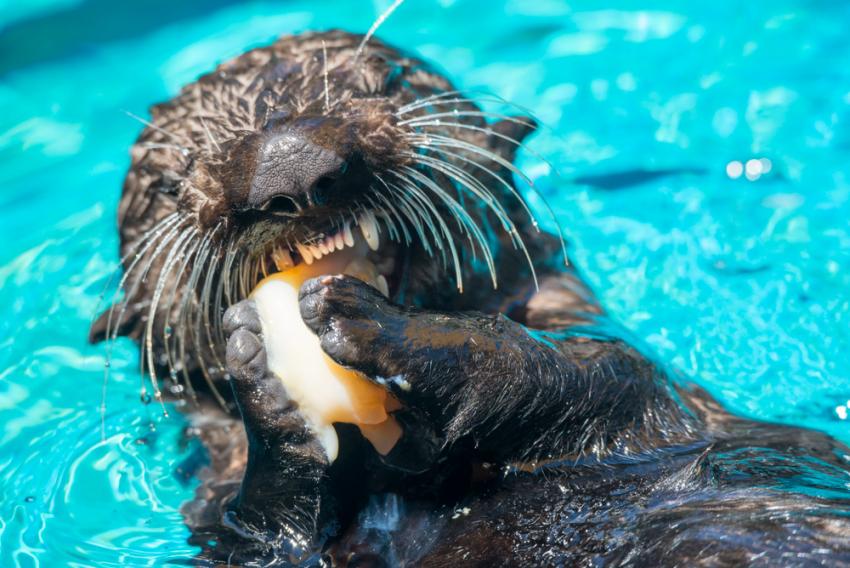 From Steller Cove to the Cascade Grill, the Oregon Zoo follows Seafood Watch

The partnership is part of an ongoing sustainability commitment by the zoo, which had already followed Seafood Watch guidelines for animal diets. Given the sea otters' varied and extravagant tastes – crab, sea urchins, mussels – the zoo's new purchasing plan represents a significant step forward in the zoo's commitment to ocean health.

"Our whole organization is now serving Best Choice or Good Alternative options from Seafood Watch," said Oregon Zoo executive chef Jonathan Dempsey. "So whether visitors are eating at a private event or watching a sea otter gobble up clams, they're helping us make better choices for the ocean and marine life."

All Seafood Watch restaurant partners commit to not serving red-listed, Avoid seafood—species that are overfished, or fished or farmed in ways that damage ecosystems or populations of other animals. For the Oregon Zoo, this means no swordfish, tuna or shrimp imported from outside the United States.

At around four pounds per person per year, shrimp is the No. 1 seafood consumed in the U.S., and according to Seafood Watch Partnership Program Manager Karin Stratton, it can be one of the most challenging seafood items to source sustainably.

Depending on the catch method, shrimpers can pull up huge amounts of "bycatch" — animals caught by accident that can be harmed if trawl gear is used. Adding insult to injury, bottom trawling can disturb, and in some cases destroy, the ocean floor habitat if not properly managed. Shrimp farming can have its challenges as well. Without proper oversight and regulations, chemical use and habitat destruction can keep this seafood choice on the red, avoid list.

There are sustainable shrimp sources to choose from, however. Based on Seafood Watch recommendations, Oregon Zoo serves only yellow- and green-listed domestic shrimp caught or farmed in the U.S.

Along with human favorites like shrimp and salmon, the zoo's most-used seafood by bulk is capelin. Female capelin are fished for their Pop Rocks–like eggs, which are sometimes stuffed into sushi, making the males a sustainable food source for zoo residents like bald eagles and polar bears. 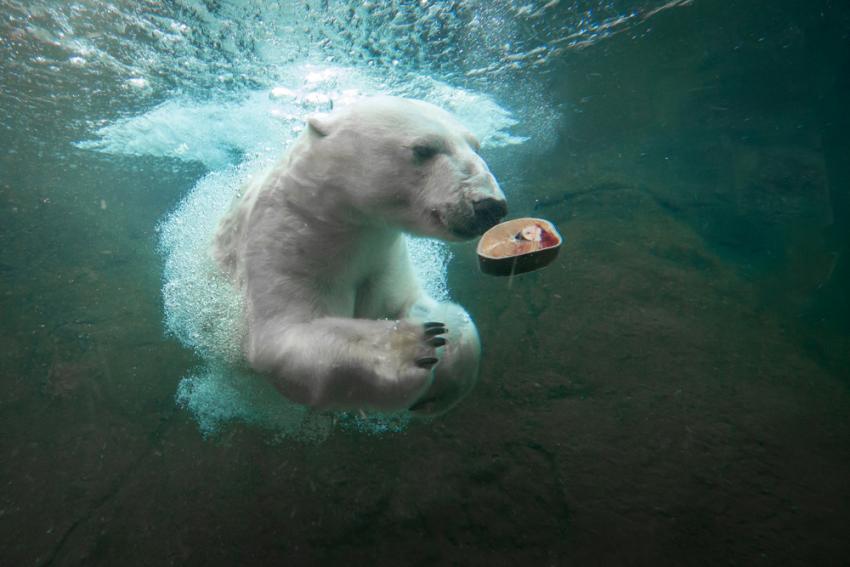 "We only purchase the males, which are considered bycatch of female capelin caught in the North Atlantic," said Oregon Zoo nutritionist Dr. Matt Brooks. "This reduces the need to catch other species of fish to feed our animals."

Visitors can learn more about the seafood industry's impact on ocean health at Steller Cove, where Seafood Watch guides are also available. Another option is to download the Seafood Watch app.

"A zoo is often considered the expert on wildlife conservation in its community," Stratton said. "The messages it shares are taken seriously, then taken home by visitors. Seafood Watch Conservation Partners are strategic messengers in this fast-paced global sustainable seafood movement. Seafood Watch program members cannot be everywhere, and yet our partners are."