The search for the Stumptown scud

Scientists are on the hunt for a mysterious, shrimp-like creature with a unique claim to fame: Its entire population lives in and around the City of Roses.

Nicknamed the "Stumptown scud," this tiny crustacean helps keep Portland's waterways clean by processing dead and decaying material. It is also a food source for fish, amphibians and other aquatic predators. But as urban development affects aquatic habitat and water quality, the species may be in need of conservation planning. 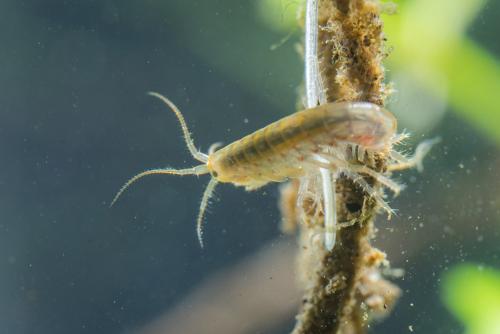 Studying the species isn't easy: They're smaller than a pinky nail and they like to hide. Now, with a grant from Oregon Zoo Foundation's Future for Wildlife program, researchers at Oregon State University are attempting discover where they live by searching for their DNA.

It works like this: Aquatic organisms lose trace amounts of DNA into the surrounding water during the course of their daily lives. These small amounts of leaked DNA are called environmental DNA or eDNA. Scientists collect water samples and bring them back to a lab, where the DNA is extracted. Then a machine divides the sample into droplets, and searches for scud DNA among, say, trout and crawfish DNA. Because the machine is searching among multiple droplets, it not only identifies the presence of scud DNA, it can estimate the size of the scud population at that collection site.

"The eDNA allows us to identify populations without harming the animals we're studying," said OSU research associate William Gerth, who is leading the study. "The only other way is to collect, kill and examine them under microscope. If the species is vulnerable, like this one may be, that's not good."

Gerth has already discovered that the scud seems to only move to new locations through connected waterways. Therefore, if a population was eliminated in a tributary, it might never re-colonize that same spot. 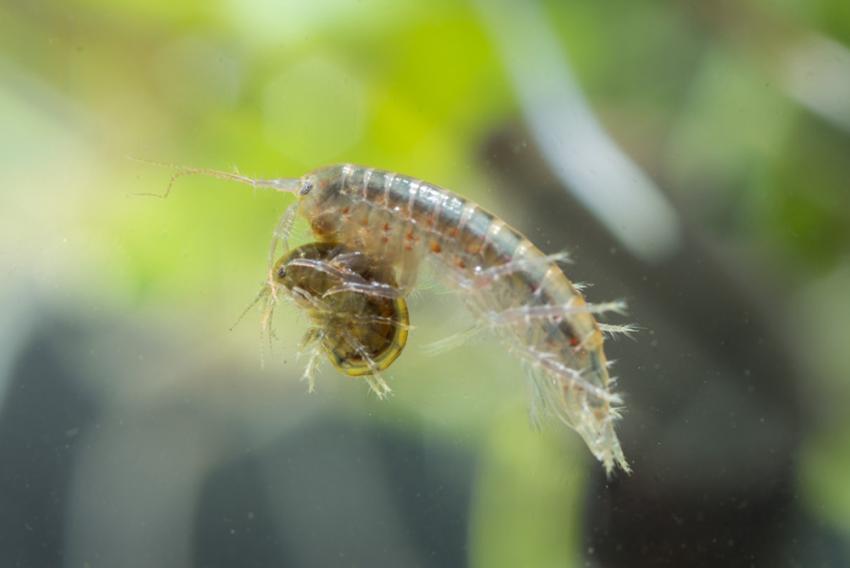 Despite its obscurity, the Stumptown scud is large on personality. Sporting a curled golden shell and long antennae, it resembles a cross between a prawn and a potato bug. The scuds only mate right after the females molt. Males will seek out a female about to molt, and ride piggyback on her, keeping other males away as she changes out of her shell. The female then carries her eggs in a pouch, kangaroo-style, until they hatch.

"This is the first time anyone has ever studied this organism, so we don't know how they correlate to the health of the ecosystem," Gerth said. "The data we're collecting now will help us track changes in the Stumptown scud's population, and we hope our study will help management agencies protect this species."

"It is quite a special thing that Portland metro apparently has its own species that occurs nowhere else in the world," said Dr. David Shepherdson, Oregon Zoo deputy conservation manager. "This kinder, gentler detection method will be available to provide important information needed to develop conservation plans for Portland's hometown species."

The project is one of seven made possible with $25,000 in grants from the Oregon Zoo Foundation's Future for Wildlife program.

Related links:
Apply for a Future for Wildlife grant