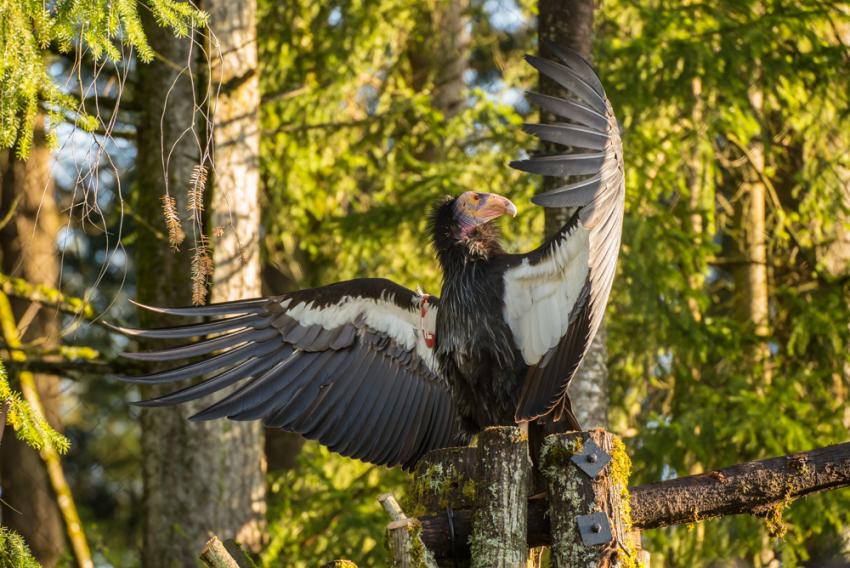 At a meeting of the Metro Council today, the Oregon Zoo Bond Citizens' Oversight Committee praised Metro and zoo staff for their effectiveness in implementing a host of projects made possible by the community-supported bond measure.

"The committee is pleased to report that in 2017, bond funds continued to be spent wisely, bond projects were advanced on schedule and within budget, and overall the bond program is on track to deliver on voter expectations," wrote committee chair Ruth Shelly in a letter introducing the major findings of the citizen group's report.

Shelly noted that, after a "tremendous stretch of nonstop construction" that concluded with last year's opening of the new Education Center, the zoo is now poised to enter the homestretch of its bond implementation.

"The staff and committee took a breath and — with no less energy — dove into a planning and preparation phase for the bond measure's last three projects," Shelly wrote.

With five major projects now complete, the final three projects — improved habitats for primates, rhinos and polar bears — will be managed as a single construction project to save construction costs and increase efficiency. These projects are currently near the end of the design phase and scheduled for completion in 2020.

While recommending this single-project approach, the committee acknowledged that it does present challenges; disruption of the zoo's central core will require careful coordination to support a positive visitor experience during construction.

The committee commended the zoo on its habitat planning, which it said was enhanced by a clear commitment to animal welfare and alignment with the zoo's draft Integrated Conservation Action Plan.

The report highlighted successes in containing costs and improving construction efficiency through the use of an alternative contracting method that brings general contractors into projects early, during the design phase, to help identify risks, provide cost projections and refine the project schedule.

It also noted the zoo's achievements in hiring contractors certified by the State of Oregon's Office for Business Inclusion and Diversity, which works to increase opportunities for minority-owned, women-owned, service-disabled veteran-owned and emerging small businesses to land contracts on publicly funded projects. For the Education Center, nearly 30 percent of the contracted work (by dollar value) went to COBID-certified firms — almost double the project's aspiration goal.

Metro Council President Tom Hughes applauded the citizen group for its diligence in overseeing the bond's implementation and its thoroughness in reporting to the Metro Council and voters.