Lions and tigers and ... beers! PDX Beer Week kicks off at zoo 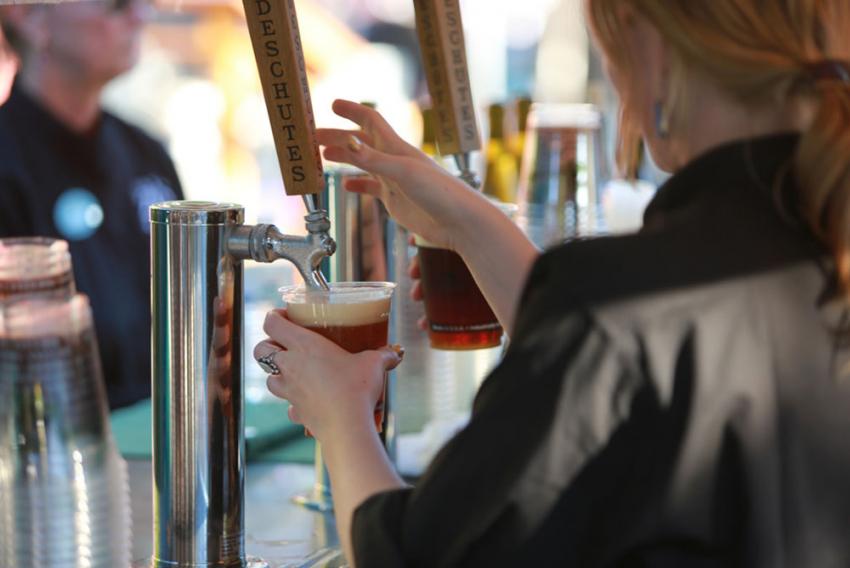 What has six trunks and hops? Portland is about to find out, as an 11-day celebration of beer in the world's greatest beer city kicks off Thursday, June 7, from 4 to 9 p.m. at the Oregon Zoo.

Portland Beer Week — presented by PSU's Business of Craft Brewing, GrowlerWerks and Loyal Legion — is teaming up with the zoo this year for its biggest party yet: an event showcasing more than 30 beers and ciders, along with local food carts, live DJs, and a chance to walk around with a craft beer and visit some of the animals active during twilight hours.

"I can't imagine a better setting for the kickoff party than the Oregon Zoo," said Portland Beer Week founder Ezra Johnson-Greenough. "From the inspiring animal encounters to the wonderful landscape to the public transportation options, this is about the best beer fest location the city has to offer."

Portland Beer Week, now in its eighth year, was founded by beer journalists, taproom and bottle-shop owners, craft-beer entrepreneurs and brewery marketing experts in an effort to expand beer education and promote the city.

Tickets to the kickoff event are $34.95 and include zoo admission, access to beverage vendors, a souvenir glass and four beer tickets, each redeemable for a 7-ounce pour. Kids and designated drivers get into the zoo at regular ticket prices, and designated drivers get free sodas. Carousel and train rides will be available for an additional fee. To purchase tickets, go to oregonzoo.org/portlandbeer.

The party will be open to the public and people of all ages, though to consume alcohol you must be 21 or older with a valid ID and event ticket.