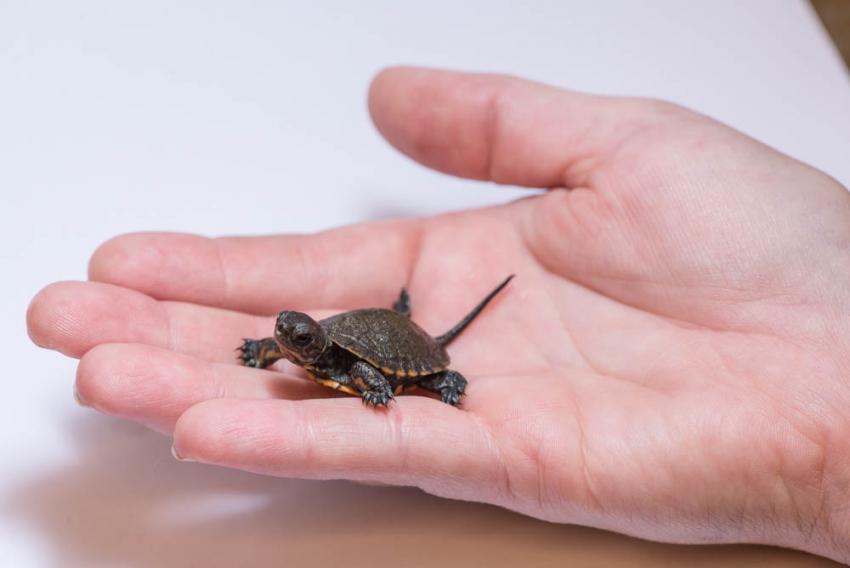 If good things come in small packages, it doesn't get much better than the 15 baby western pond turtles that arrived last week at the Oregon Zoo. Smaller than a nickel, the hatchlings are extremely vulnerable to predators. To give them a fighting chance, the tiny turtles are collected from the wild and reared in the zoo's turtle conservation lab until they're big enough to go back to the pond.

Last week, Pettit and her colleagues took charge of 15 western pond turtle hatchlings, collected by the Washington Fish and Wildlife Service from sites in the Columbia Gorge. The zoo is "head-starting" these tiny turtles, caring for them until next spring when they will be large enough to avoid the bullfrogs and have a fighting chance on their own in the wild.