Don Moore — aka 'Dr. Don' — to retire from zoo this summer 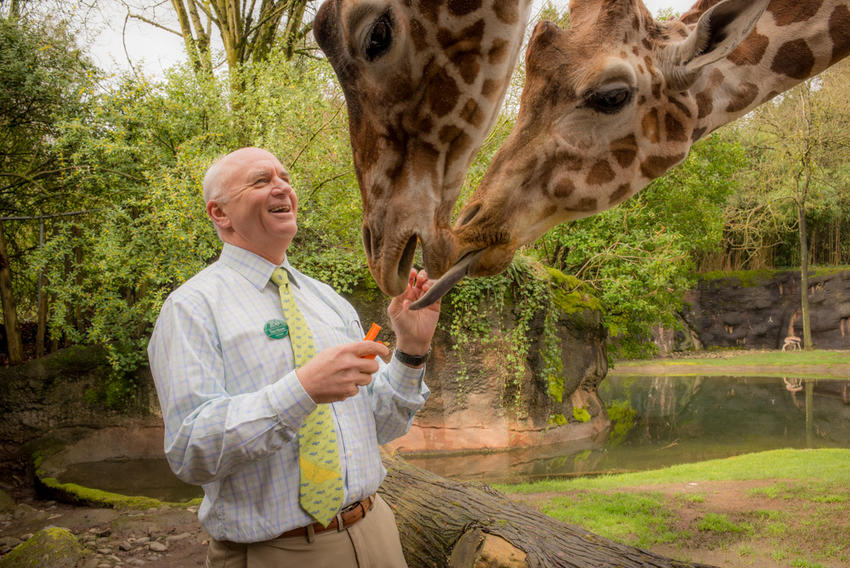 Moore says he will remain through the end of August, then become director emeritus

Moore, affectionately known as "Dr. Don" to zoo and aquarium colleagues and visitors across the country, says he will continue at the Oregon Zoo through the end of August, then transition into a director emeritus role to help the Oregon Zoo Foundation with critical fundraising. Eventually, he plans to move back home to the East Coast to spend more time with family.

"It's been an honor to work with such a dedicated, passionate group of staff, volunteers and supporters here in Oregon," Moore said. "People in this part of the country have a stronger connection to animals and wildlife than anywhere else I've seen."

Moore, a nationally recognized wildlife expert, came to Portland in 2016 from Smithsonian's National Zoo in Washington, D.C., where he was associate director. Before that, he worked for the Wildlife Conservation Society in New York, as director of Brooklyn's Prospect Park Zoo and co-chair of the society's renowned Animal Enrichment Program.

Under his leadership, the Oregon Zoo rose to a new level of national prominence, earning six prestigious awards from the Association of Zoos and Aquariums: three for conservation work on behalf of imperiled Northwest species, two for excellence and innovation in exhibit design, and one for achievement in workforce and audience diversity.

With work nearly complete on new habitats for polar bears, primates and rhinos — all set to open in 2021 — Moore sees exciting times ahead for the Oregon Zoo.

"The zoo has a lot of positive momentum and a great leadership team in place," Moore said. "I'm already making plans to come back and visit as a guest."