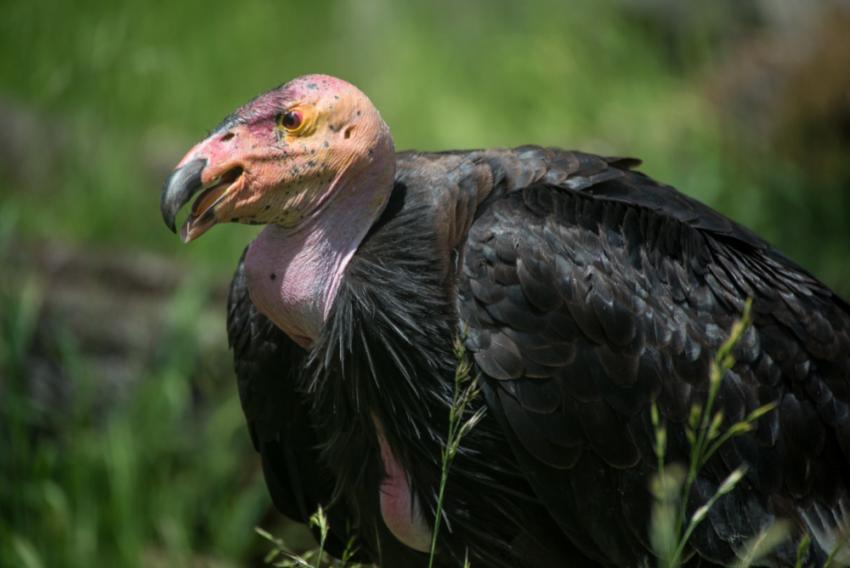 Forty-four critically endangered California condors were evacuated from the Oregon Zoo's Jonsson Center for Wildlife Conservation this week as fires threatened the offsite facility where the zoo raises the birds for wild release.

The center, located in rural Clackamas County on Metro-owned open land, is now in a Level 3 evacuation zone, and zoo staff are uncertain about the future of the facility or when the condors might be able to return.

"It's been a tough week, but the best news is all our condors and staff members are healthy, uninjured and accounted for," said Travis Koons, who oversees the zoo's condor program. "The teamwork our animal-care staff displayed was nothing short of remarkable."

Today, Koons and keeper Marti Jenkins are driving east on I-84 with 26 of the condors, heading for the Peregrine Fund's World Center for Birds of Prey in Boise, Idaho, which has some available housing. Care staff at the Boise center are planning to puppet-rear two chicks that hatched at the Jonsson Center this spring and have yet to fledge.

The remaining 18 condors are being housed temporarily at the zoo, two on exhibit in the zoo's Condors of the Columbia habitat, and 16 behind the scenes at the zoo's veterinary medical center.

With scarcely more than 500 California condors left in the world, each bird is vitally important to the species' survival, according to Koons. The federal California Condor Recovery Program already took a big hit last month, when fire destroyed the Ventana Wildlife Society's Big Sur sanctuary along the California coast. The Ventana facility had been one of five sites where condors raised at the Oregon Zoo and other breeding sites are sent for wild release.

"That loss was devastating, and we still don't know the full impact of it," Koons said.