Some of the world's largest land animals demolished a couple of the area's largest pumpkins this morning, during the Oregon Zoo's 22nd annual Squishing of the Squash.

"With the COVID-19 pandemic affecting our ability to gather in large groups, we couldn't invite visitors this year, but we couldn't let the elephants miss out on the fun," said Bob Lee, who oversees the zoo elephant area. "Our elephant family got one 800-pound pumpkin and another 600-pound one to stomp on, munch on and play with."

The event is a precursor to the zoo's annual Howloween celebration, presented by The Oregonian, which takes place starting this weekend. Kids can show off their costumes and learn about wildlife in a fun and safe setting, Oct. 24­–25 and Oct. 29­–Nov. 1. 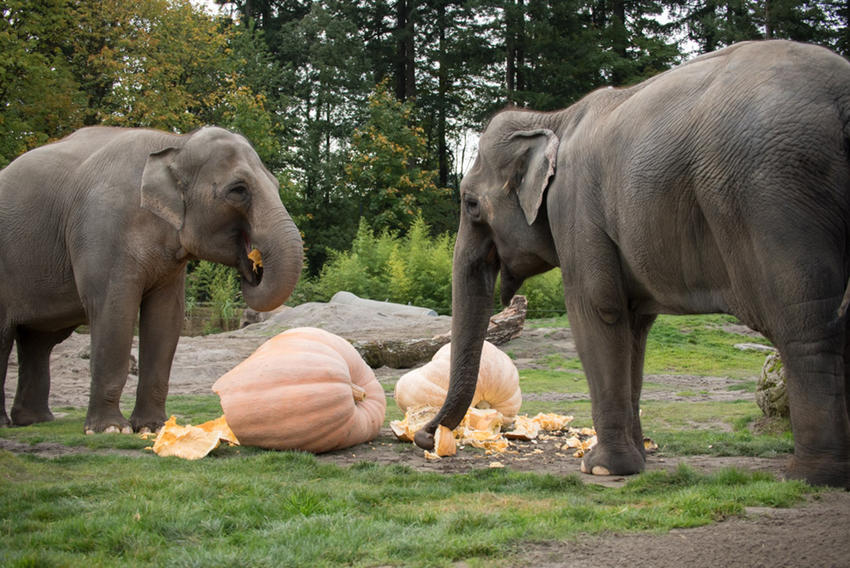 The giant pumpkins for this year's Squishing of the Squash are being provided by Pacific Giant Vegetable Growers Club members Larry Nelson and Jim Paino. Enrichment items such as pumpkins help keep the zoo's animals mentally and physically stimulated.

The tradition goes back to 1999, when Hoffman's Dairy Garden of Canby dropped off a prize-winning 828-pound pumpkin for the zoo's Asian elephant family to enjoy. In those days, local farmers would often donate their overstock Halloween pumpkins for use in the zoo's then-groundbreaking, now world-renowned, environmental enrichment program. 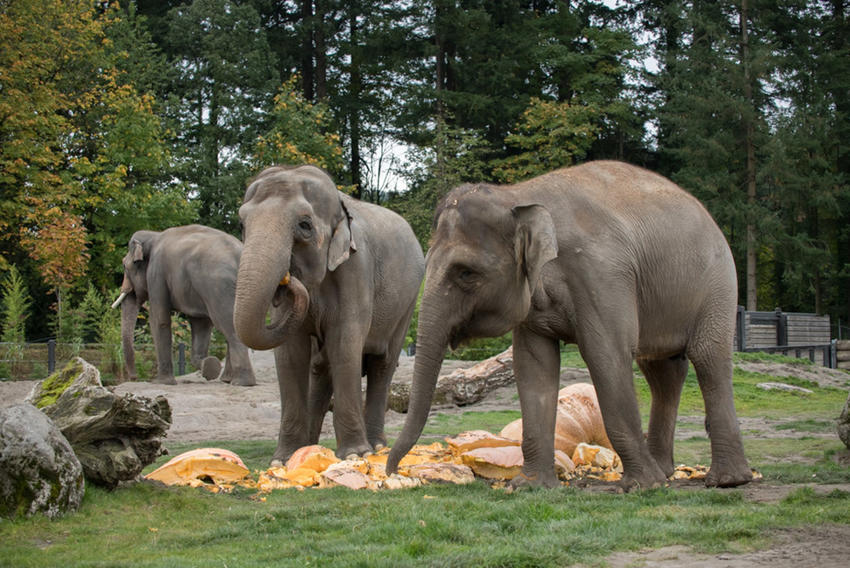 It was here in the 1980s that the concept of environmental enrichment was established. The first international animal enrichment conference was held at the Oregon Zoo in 1993, producing the book Second Nature, co-edited by former deputy conservation manager, Dr. David Shepherdson, and Dr. Jill Mellen, currently a member of the zoo's animal welfare committee.