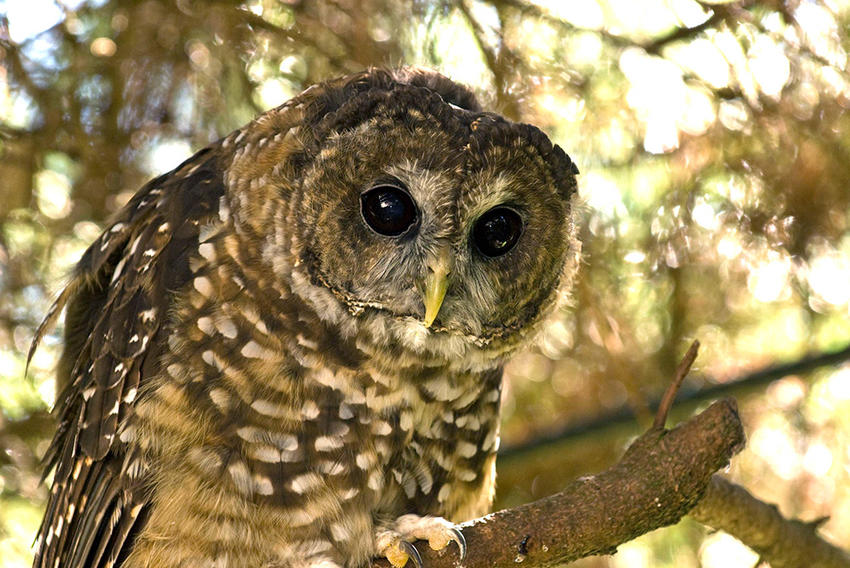 Yesterday, the White House made a move to cut protections for 3.4 million acres of critical northern spotted owl habitat, opening up an area of forest the size Yellowstone and Olympic national parks for logging.

The decision poses a significant threat to an imperiled species and to the health and connectivity of a vast Pacific Northwest ecosystem that provides a home for a diversity of species like elk, fisher, amphibians and birds.

Decisions regarding endangered species must be based in science. Just last month, the U.S. Fish and Wildlife Service stated that the declining population of the northern spotted owl justified its reclassification from threatened to endangered. Yet this decision will only push this owl closer to extinction.

The forests that northern spotted owls depend on are dense with multilayered canopies and take 150 to 200 years to develop. These iconic Pacific Northwest habitats are ecologically important, help offset climate change by storing carbon and provide recreational opportunities. Today, less than 10% of Oregon's old-growth forests remain.

A quarter of our zoo is devoted to native Pacific Northwest species – such as black bears and cougars – that live in forests like these. These forests define our beautiful state, and we all play a role in speaking up for their survival.

We urge the incoming administration to challenge this decision, and protect and preserve the habitats and ecosystems we depend on.

Bob Lee is general curator of the Oregon Zoo.