Even though Oregon is the Beaver State, surprisingly little is known about where our beavers live, especially along the coast. We spoke with The Wetlands Conservancy director Katie Ryan about a survey to better understand and protect Oregon's coastal beavers. This effort was funded in part by the Oregon Zoo Foundation.

OZ: Why are beavers so important?

K: Besides humans, beavers do the most of any other species to impact the landscape. By building dams, they slow the water down, which helps trap the sediment, creating really fertile soil. The Willamette Valley is a really fertile place, largely thanks to beavers. It's incredible how much beavers do for us and the habitat that we live in, from helping to create climate-resilient landscape to protecting us from wildfires, to enriching the soils that we grow our food in.

Beavers also create a lot of habitat for wildlife. Here in Oregon, beavers often create the little pools for the baby salmon to rear in, and the streams for adult salmon to come back and spawn in. If beavers are protected by the still water that they're holding back, there's animals that are also going to use that water as protection from predation.

OZ: Can you give us a brief history of beavers in Oregon?

K: Beavers have been found in the fossil record as far back as 12 million years, and in Oregon it's 7 million years. They were almost wiped out entirely from this part of the country due to the fur trade in the late 1800s. Slowly but surely, they're starting to make a resurgence. Today there's a town named Beaver, and of course there's the city of Beaverton. It's the mascot of one of our state universities. It's a very "Oregon" species. 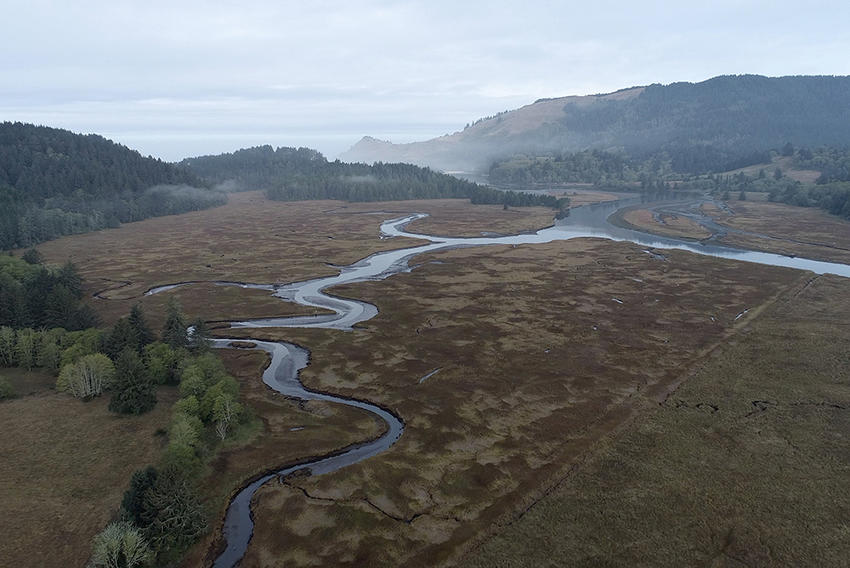 OZ: We tend to think of beavers as freshwater animals. What do we know about their ability to survive in saltwater?

K: We've always thought too much saltwater would kill a beaver, but then we started to see evidence up in Washington of them living on the coast and actually building their dams in tidally influenced areas. That led us to question what's happening here in Oregon.

OZ: Where on the coast did you survey for beavers, and how did you go about it?

K: For this project, we looked at the Salmon River, Siletz River and Yaquina Bay Estuary on the Central Coast. We have a pretty easy-to-follow and useful survey protocol that we've been using in urban areas for a decade. Our staff basically put on waders and head out into the landscape looking for beaver chews, dams, lodges and other signs, like the slides into the water and beaver prints.

OZ: What did you find, and what questions do you still have?

K: We did find beaver signs on the Oregon Coast! The fact that we found a lodge in a tidally influenced area was really surprising — you have to wonder, how do they manage the tides? How do they function with that? It was exciting, and we ended up with a lot of questions. Are they in the estuaries year-round? Are they going and feeding in the estuaries and returning to another dam or lodge somewhere else? It would be really interesting to determine if the beaver activity is changing the salinity of those estuaries. We're hopefully going to survey on the Southern Coast with partners who are starting to look at this in their estuaries. It's kind of a new frontier of where we think beavers might be.

OZ: Why is understanding where beavers live so important?

K: It's important to know where they are so we can help shape policy around beavers. A lot of the tidal wetlands on the coast have been dewatered for agriculture, and for them to function as an ecosystem, they need to have water. Beavers are helping to bring the water back to those areas. We often say in the restoration world that beavers can save you tens of thousands of dollars in restoration costs. If you could just get the beavers to come back, then in some cases, you don't need to do the restoration work.

OZ: What are some ways people can help beavers?

K: If you learn something cool about beavers, let your friends know. Help spread the word. Pay attention to and support wildlife-friendly legislation. Engage with organizations that are doing pro-beaver and pro-wildlife work. Get out and do a beaver survey with your local land trust or organization.