Zoo is awarded $2 million to help save California condors 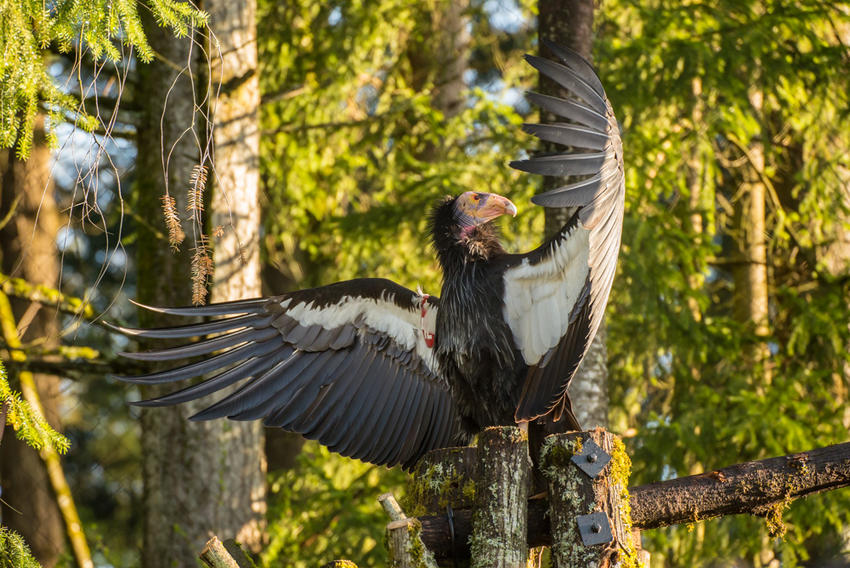 California condors received a much-needed boost this month as the Oregon Zoo was awarded $2 million to support the conservation of this critically endangered species. The funding, included in the year-end omnibus bill signed into law by President Biden, will ensure the zoo’s condor recovery efforts can continue uninterrupted.
Championed by Sens. Merkley and Wyden as part of a package of Oregon investments, the Condor Restoration Resiliency Project will modernize the zoo’s offsite Jonsson Center for Wildlife Conservation, located in rural Clackamas County.
In recent years, wildfires and winter storm power outages have forced evacuations at the center — the second-largest of the nation’s four condor breeding facilities. As climate change progresses, weather events like these are expected to happen more frequently and with increasing severity.
“Thanks to Senator Merkley and Wyden’s support for this project, our center will be better equipped to withstand weather-related events, protecting condors and staff so that recovery efforts can continue,” said Heidi Rahn, Oregon Zoo director. “Each chick hatched at the center is a lifeline for the species.”
Both Oregon senators supported the request, and Sen. Merkley’s role as chair of the Interior Appropriations Subcommittee allowed him to provide additional leadership throughout negotiations.
The California condor was one of the original animals included on the 1973 Endangered Species Act. In 1982, only 22 of these birds remained in the wild and by 1987, the last condors were brought into human care in an attempt to save the species from extinction.
The Oregon Zoo joined the U.S. Fish and Wildlife Service condor recovery effort in 2003, with the goal of hatching and releasing as many condors as possible. Today, thanks to this recovery partnership, there are around 500, with more than 300 flying free. This year, the zoo hatched a record 12 condor chicks and sent eight for release into the wild, including three for the Yurok Tribe’s historic Northern California reintroduction.