Create a better future for wildlife

You played a monumental role in a decade of conservation wins at your zoo. Over the last ten years, the Oregon Zoo has raised and released endangered species—from tiny pygmy rabbits to hundreds of western pond turtles and Oregon spotted frogs to thousands of butterflies. And, with your support, California condors are returning from the brink of extinction.

Your zoo has taken action for wildlife in the Pacific Northwest and around the world – making lasting impacts for animals and communities alike. We rely on your support to sustain the Oregon Zoo’s vital work on animal welfare and conservation. Please give today and join us in creating a better future for wildlife.

END_OF_DOCUMENT_TOKEN_TO_BE_REPLACED 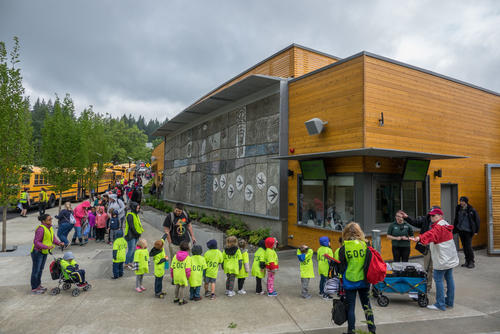 KinderCare Education has once again signed on as presenting sponsor for Oregon Zoo field trips and Title 1...